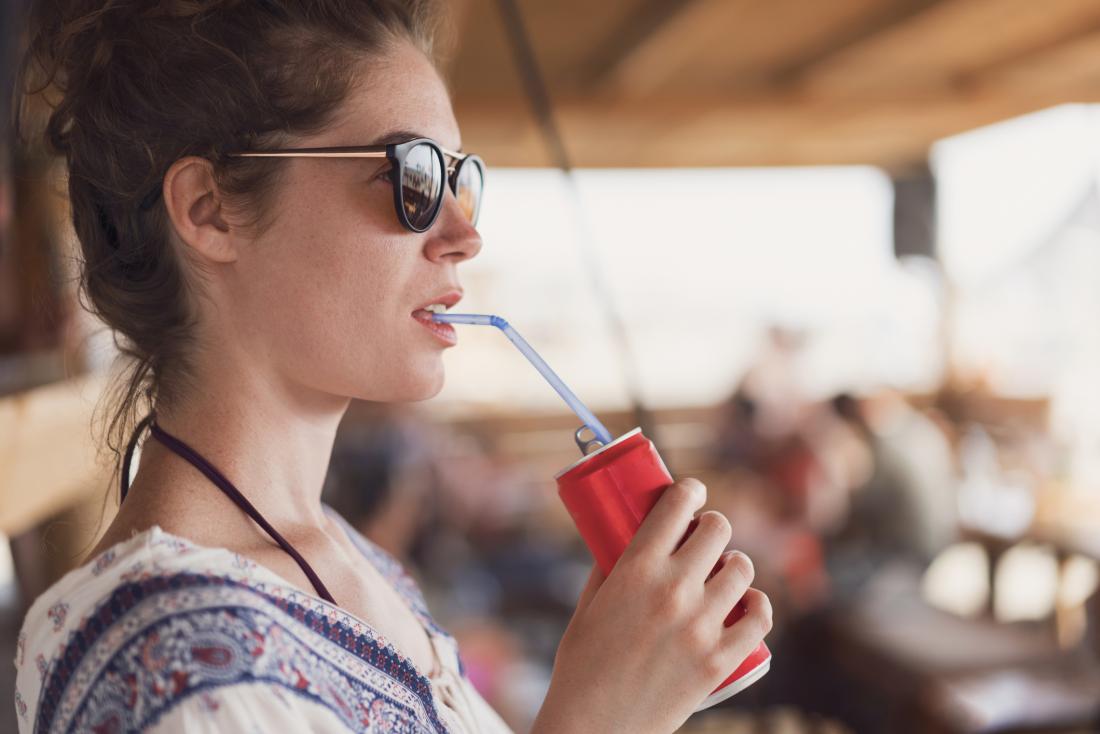 If scientists replicate this finding in humans, it will validate rising concerns about the consumption of sugary drinks.

A team of scientists in the United Kingdom and China made these suggestions after giving mice added sugar in either their drink or their food for 8 weeks and then comparing them.

In both groups of mice, the added sugar represented 73% of the available dietary calories.

A recent Molecular Metabolism paper carries a full report of the study.

“The consumption of sugar-sweetened beverages,” says John R. Speakman, a professor in the school of biological and environmental sciences at the University of Aberdeen in the U.K., “has been widely implicated as a contributing factor in obesity, and we investigated whether the mode of ingestion (solid or liquid) had different impacts on body weight regulation in mice.”

Prof. Speakman, who led the research at both the University of Aberdeen and the Chinese Academy of Sciences in Beijing, China, is the corresponding and senior author of the new study.

They also measured glucose and insulin response as a way to assess how close the animals might come to developing diabetes. 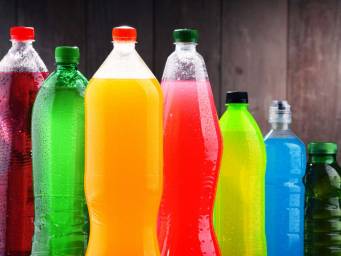 The results showed that the mice that had liquid sucrose in their drinking water consumed more calories, put on more weight, and increased their body fat.

In contrast, the mice that had the same level of added sucrose in their food pellets but drank plain water “were leaner and metabolically healthier than their counterparts exposed to liquid sucrose,” write the authors.

The mice that had increased body fat as a result of drinking liquid sucrose also developed lower tolerance to glucose and sensitivity to insulin, both of which are markers of raised diabetes risk.

However, the authors link these adverse metabolic markers to an increase in body fat and not directly to higher sucrose intake.

Liquid, but not solid, sucrose to blame

In their study discussion, the authors suggest that the findings may explain why their own previous investigations on increased dietary sucrose in mice did not show a significant effect on energy intake and body weight. In those studies, they fed the mice a diet containing only 30% sucrose and delivered it only in solid form.

“The current results demonstrate,” they note, “that when exposed to liquid sucrose, mice had greater energy intake than when offered the same macronutrient composition but in solid form.”

The team also suggests that the findings point to liquid, as opposed to solid, sucrose being a factor on its own.

Many human studies have revealed a link between sugar-sweetened drinks and total calorie intake. This link would suggest that when people consume more carbohydrates in liquid form, they do not compensate by reducing the amount that they consume in solid form.

While the new findings did show that there was some reduction in solid food intake as a result of sucrose-enriched water consumption, the “reduction was insufficient to balance the elevated calorie intake in the liquid sucrose.”

“These data, therefore, support the suggested role of sugar-sweetened beverages in the development of diet-induced obesity and insulin resistance,” conclude the authors.

Gunter Kuhnle, a professor of nutrition and food science at the University of Reading in the U.K., was not involved in the recent research, although his group carries out similar investigations.

He describes the new study as “very interesting” because of the importance of understanding how sugar-sweetened drinks contribute to obesity.

He also draws attention to studies in humans that have shown that sugar-sweetened drinks increase energy consumption. He observes that the new study “investigates this further and confirms these findings.”

Prof. Kuhnle does, however, point out the study’s two main limitations. The first is that research in mice does not always translate to humans.

The second limitation is that the amount of sucrose in the mice’s water was much higher than that present in many of the sugar-sweetened drinks that people consume.

The mice’s water was 50% sugar, which is five times the amount in the average cola drink and double the amount present in many milkshakes, he observes.

“However, despite these limitations, this study clearly highlights the need for a better understanding [of] the underlying reasons for excess food intake and how they can be modified,” he adds.

As a food category, sugar-sweetened drinks — including soda, energy, and sports drinks — are by far the most significant contributor of added sugar in the average diet in the United States. So concluded an analysis of 2005–2006 national survey data by the National Cancer Institute (NCI), one of the National Institutes of Health (NIH).

That NCI report revealed that the average person in the U.S. consumed 21 teaspoons of added sugar per day and that sugar-sweetened drinks accounted for more than one-third (35.7%) of the intake. The next largest contributor was grain based desserts, which accounted for 12.9% of daily added sugar intake.

“There has been a lot of concern recently over the intake of sugary drinks, and if humans respond in the same way as mice do, then these concerns may be entirely justified.”

Cancel reply
Medical News Today: Gut bacteria may counter the harmful effects of processed foods
Medical News Today: What to know about milia under the eyes
To Top
We use cookies to ensure that we give you the best experience on our website. If you continue to use this site we will assume that you are happy with it.Ok