Doctors often diagnose bronchiolitis in children under 2 years of age. Experts estimate that during a baby’s first year of life, the chance of developing bronchiolitis is 11–15%.

In this article, we look at the symptoms and causes of bronchiolitis, as well as the possible treatment options. 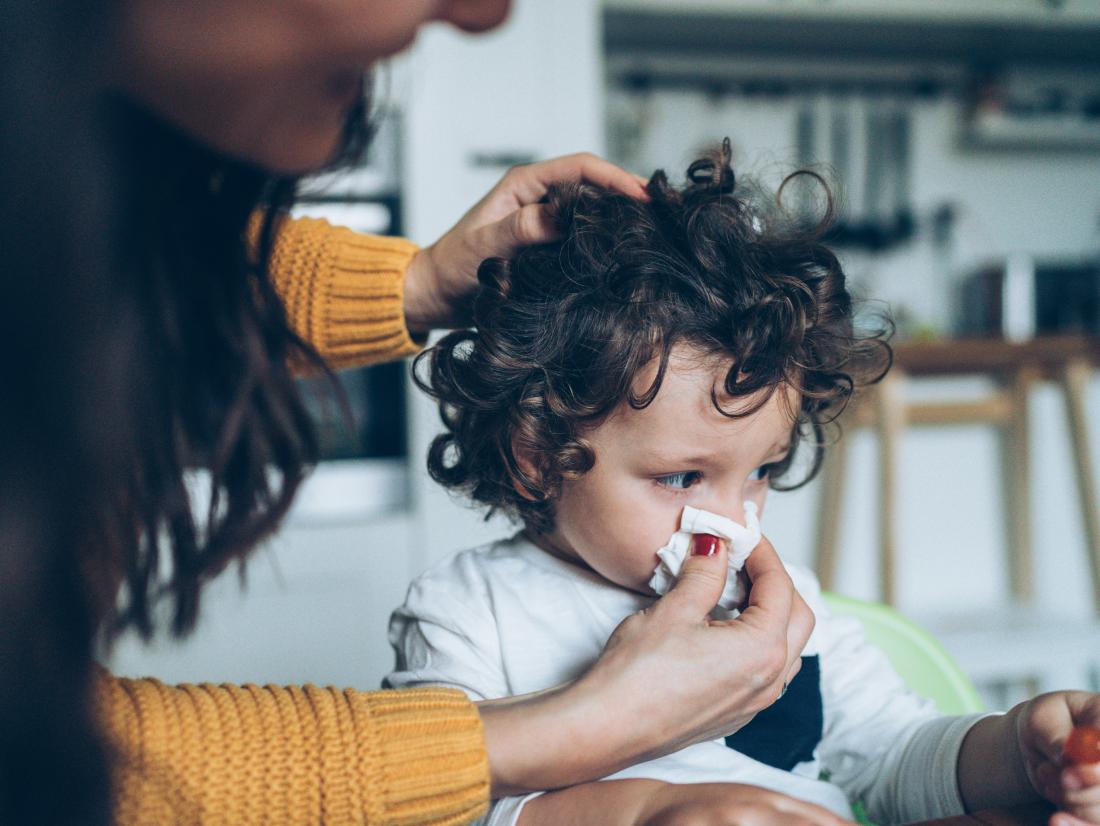 A runny nose is one symptom of bronchiolitis.

The initial symptoms of bronchiolitis tend to be similar to those of the common cold, such as:

At this point, there may be no need to consult a doctor. At this early stage, doctors are unable to tell the common cold and bronchiolitis apart.

As a result, after 2–3 days, people will typically notice their symptoms worsening significantly. They may have difficulty breathing and try to compensate by breathing harder.

At this point, people usually consult a doctor. When they perform a physical examination, the doctor will hear crackling, wheezing, and rattling sounds in the lungs.

People will present with different symptoms that vary in severity. Some infants may only have mild symptoms, such as rapid breathing, whereas others may have more severe signs, such as blue tinged lips and skin.

Adults may occasionally develop bronchiolitis from a viral infection, but their symptoms are generally less severe than those of infants.

Symptoms in an infant can progress to respiratory failure, which is life threatening and requires immediate hospitalization. However, this is uncommon in healthy infants who had a full term delivery.

The symptoms of bronchiolitis tend to last for about 7–10 days.

The most common cause of bronchiolitis is a virus called respiratory syncytial virus (RSV). Infants who become infected with RSV can develop severe symptoms that require hospitalization. Adults may also develop RSV infections, but they will rarely need to stay in the hospital.

Over the years, doctors have identified other viruses that cause bronchiolitis. These include:

About 30% of infants with bronchiolitis may have two viruses present in their airways. Doctors do not routinely test for the type of virus responsible for the infection.

Some people, including premature babies born before week 32 of pregnancy and infants under 3 months of age, are more at risk of developing severe symptoms from bronchiolitis.

Babies and toddlers with the following conditions are also at higher risk: 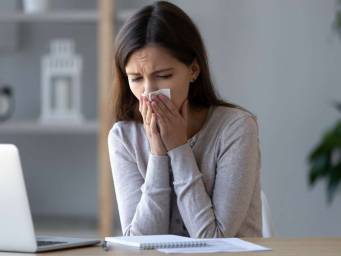 The type of treatment will depend on several factors, including the age and health status of the individual and the severity of the symptoms.

Doctors manage bronchiolitis with supportive care, which means that they observe the person and treat their symptoms as necessary. They will make sure that the person is well hydrated and might prescribe medications to control fever.

People with bronchiolitis may become hypoxic if their breathing difficulties are severe. Hypoxia is a state in which the bodily tissues do not receive enough oxygen, and it can damage internal organs.

People with severe hypoxia can present with a blueish hue of the skin. Treatment of hypoxia requires intensive care, in which doctors focus on maintaining open airways and increasing the amount of oxygen in the air that the person breathes.

Infants with mild-to-moderate symptoms may not require hospitalization. Instead, doctors may recommend:

Some infants may benefit from immunization to help prevent bronchiolitis. The American Academy of Pediatrics recommend preventive immunization with palivizumab (Synagis) for at-risk infants in their first year of life.

Infants whom they consider to be at risk include:

Doctors will administer up to five doses of palivizumab to at-risk infants throughout the months when community outbreaks of RSV occur. These usually begin in November or December and extend into March or April.

The five doses will protect babies for at least 24 weeks. Some infants may receive fewer doses if the start of immunization is late. Once the RSV season ends, immunization is no longer necessary.

After the first year of life, babies are less susceptible to severe bronchiolitis.

Infants will only require another series of doses in the following season if they were born prematurely with chronic lung disease and continue to require treatment within 6 months of the start of the second RSV season. 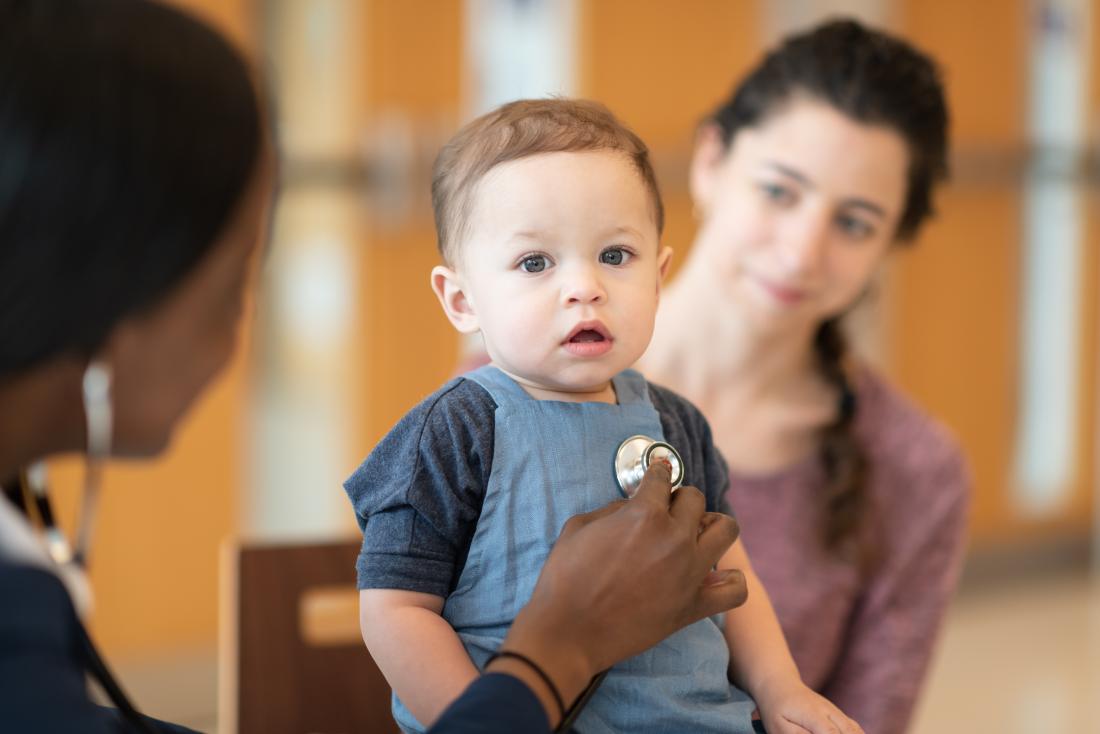 If a child shows any signs of difficulty breathing, a caregiver should take them to their doctor.

Parents or caregivers who notice that a baby has symptoms of the common cold do not necessarily need to see a pediatrician immediately. While a doctor can evaluate a baby’s health status, they are unable to cure the common cold and can only offer help to relieve symptoms.

After 2–3 days, if the symptoms get worse or the baby shows any signs of difficulty breathing, it is important to take them to see a doctor right away or to go to the emergency room. Doctors can immediately provide supportive care. Early intervention is key for a quick recovery.

Infants who were born very prematurely or have certain underlying health conditions are also at higher risk of severe bronchiolitis from RSV. Doctors should offer preventive immunization for these infants.

Studies show that among infants, the mortality rate for bronchiolitis is between 0.5% and 7%. The wide range in mortality rate is likely to be due to risk factors in some infants and the lack of intensive care units in some countries.

With early diagnosis and treatment, people with bronchiolitis generally recover without any future consequences.

If infants receive the appropriate hydration and supportive care, their symptoms should improve within 2–3 weeks. 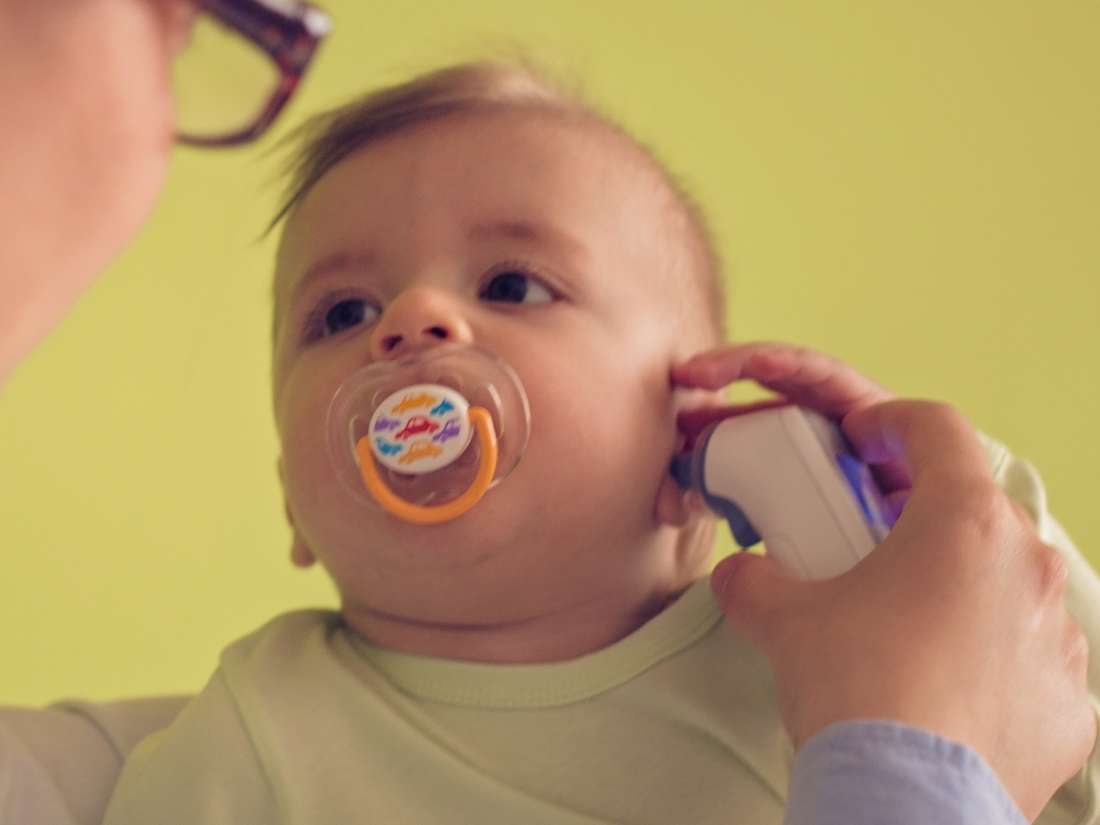 How to spot and treat RSV in babies
Respiratory syncytial virus infection is common among babies and causes symptoms similar to a cold. Most of the time, it goes away within 1 to 2 weeks, but the virus can also cause severe problems with breathing in some cases. Learn more about the symptoms and treatment options for caregivers here. 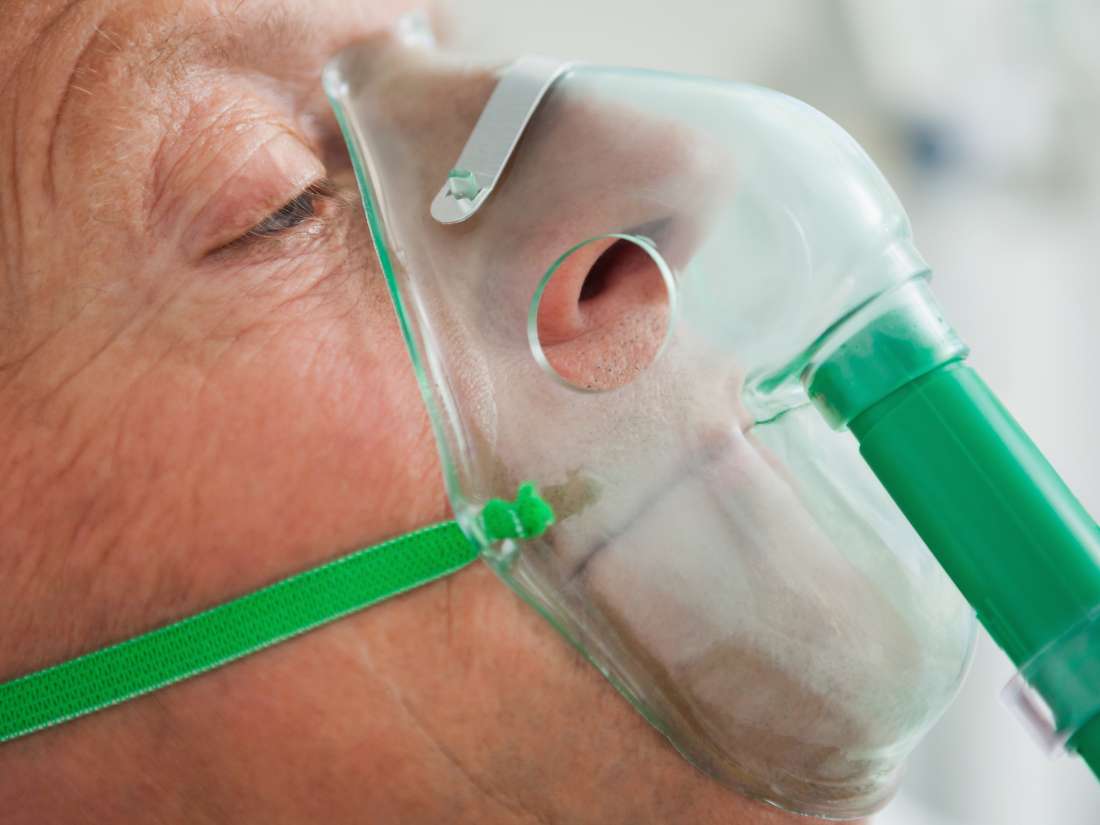 What you should know about pneumonia
Pneumonia is an infection of the lungs caused by bacteria, viruses, fungi, or parasites. Anyone can develop pneumonia, but certain groups of people, including older adults, infants and people with other diseases, are most at risk. Pneumonia can be life-threatening, so it is vital to seek treatment as soon as possible. 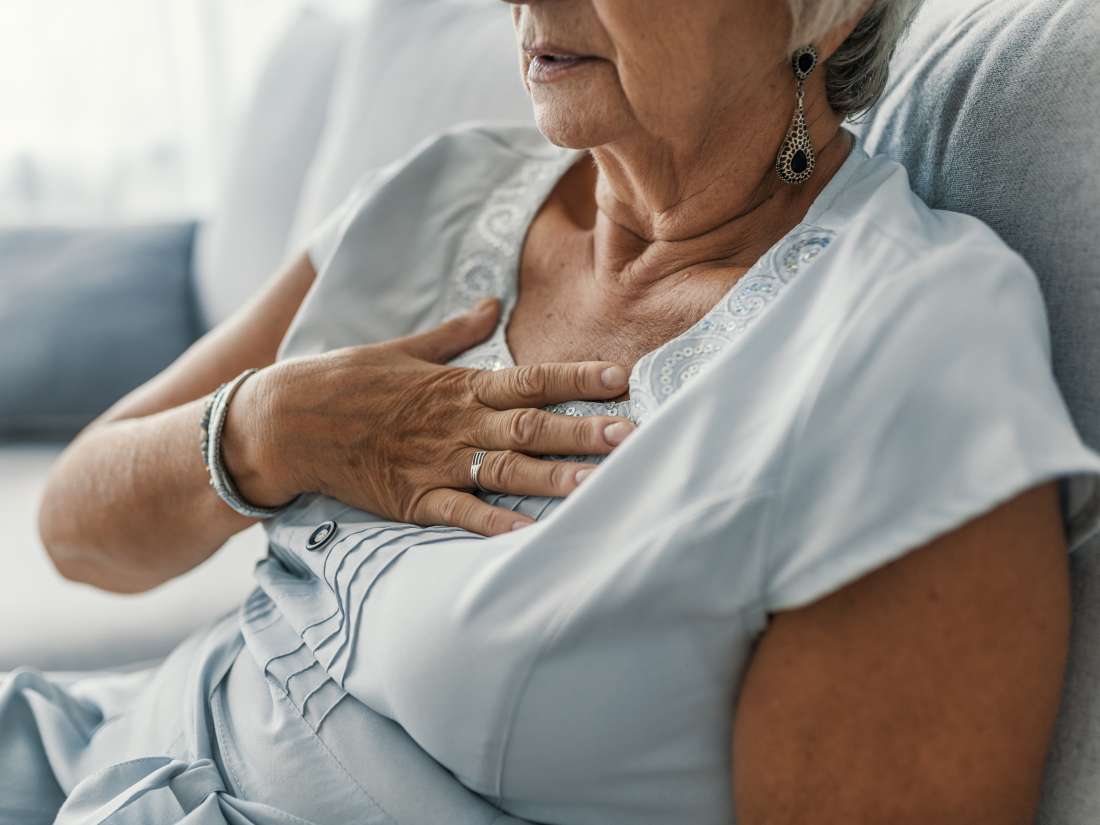 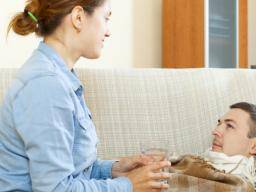 How do I treat a cold?
A viral infection is responsible for the common cold. While the effects can be unpleasant, people tend to recover within around 1 week. Medicines such as decongestants can help to manage symptoms, as can a range of home remedies, such as steam inhalation. Here, discover the best ways to reduce symptoms and find relief. 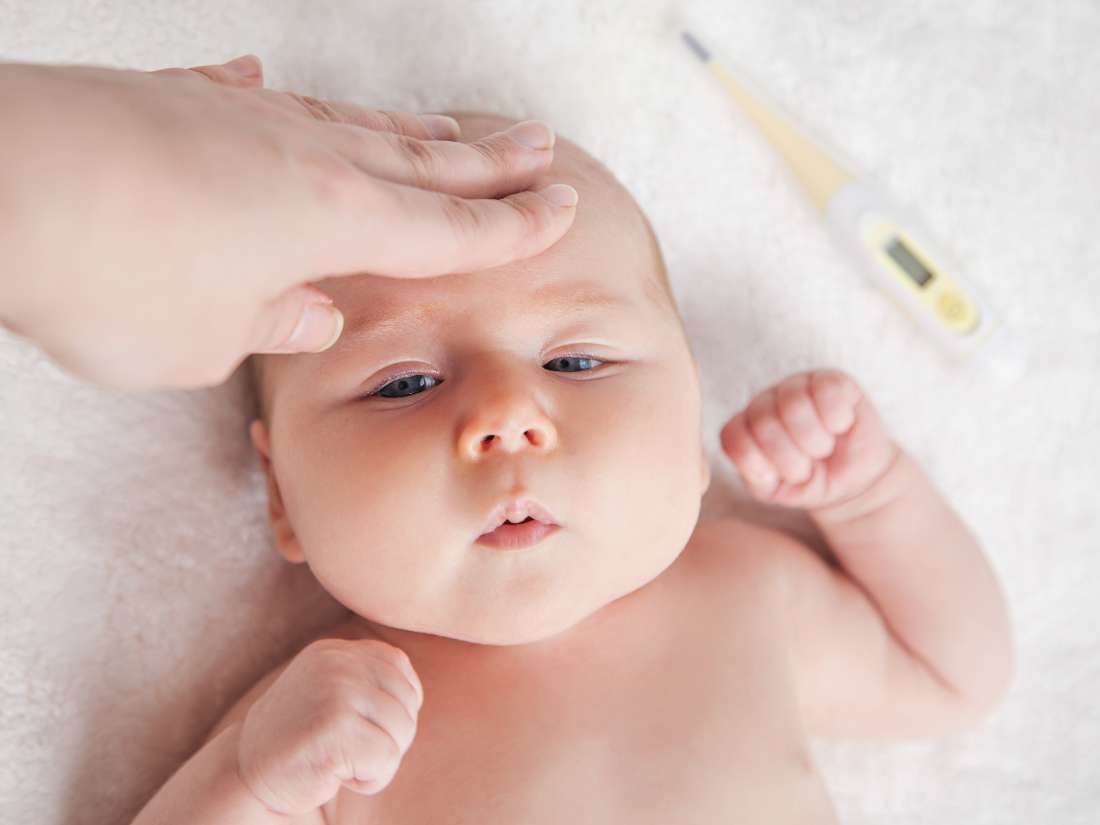 What to expect from a baby’s first cold
Newborn babies have to build their immune systems, which can mean they are susceptible to colds. There are many effective treatments for colds in newborns.

Visit our Respiratory category page for the latest news on this subject, or sign up to our newsletter to receive the latest updates on Respiratory.

Friedman, J. N., et al. (2014). Bronchiolitis: Recommendations for diagnosis, monitoring and management of children one to 24 months of age. https://www.ncbi.nlm.nih.gov/pmc/articles/PMC4235450/

Cancel reply
Medical News Today: How to manage hair on and around the penis
Medical News Today: Cómo tratar la ansiedad de manera natural
To Top
We use cookies to ensure that we give you the best experience on our website. If you continue to use this site we will assume that you are happy with it.Ok