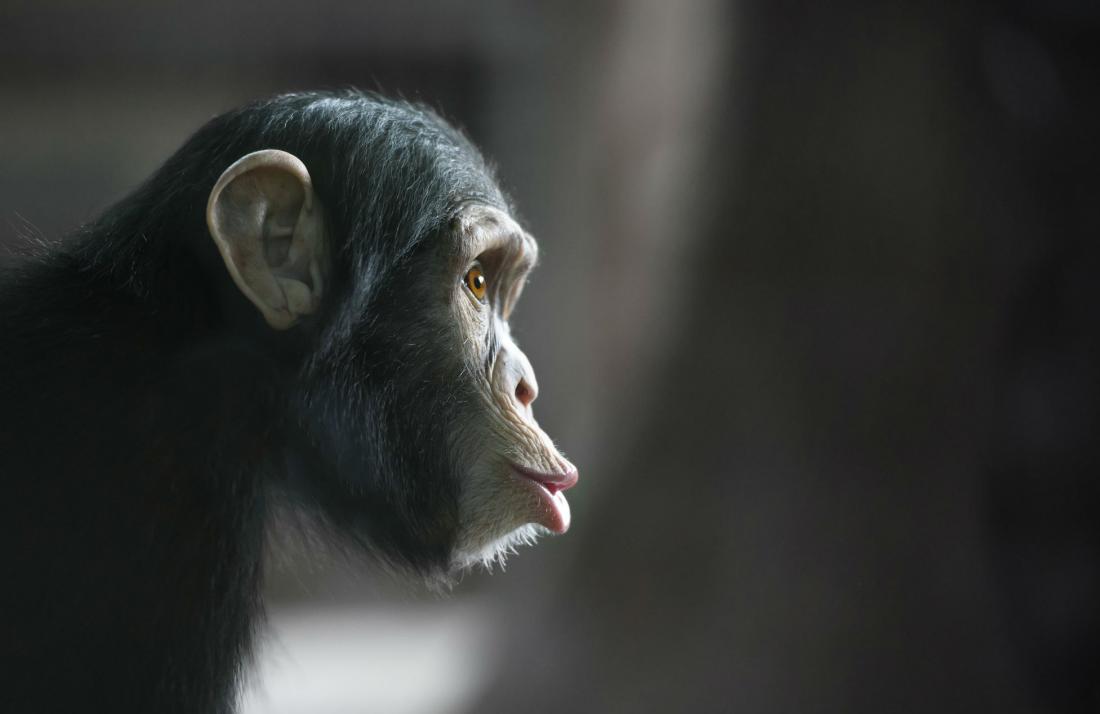 New research strengthens the idea that great apes, including chimps, have a theory of mind ability, just like humans.

When we see a person in need, and we can anticipate their calls for help, we use our theory of mind. When someone’s trying to deceive or lie to us, our theory of mind enables us to expose the other’s deceitful intentions.

The term theory of mind describes a person’s ability to attribute mental states and intentions to another human, or “agent.” The phrase first appeared in the works of psychologist David Premack in the late 70s, when the researcher examined the behavior of a chimp named Sarah.

Although the first experiments that helped us conceptualize the theory of mind took place in chimps more than 4 decades ago, the scientific community still has not settled an important question — do our evolutionary relatives even have a theory of mind?

Some previous studies have suggested an affirmative answer. Great apes, such as chimps, bonobos, and orangutans, do seem to be able to accurately predict what another “agent” is going to do.

However, a crucial question remains — do they anticipate an agent’s actions based on simple behavior rules that they have observed, or do they genuinely understand the agent’s state of mind?

In other words, do the observing apes base their predictions on external rules that they have noticed to guide a person’s behavior, or do they have a more intimate understanding of the agent’s internal mental state?

To clarify the question above, Fumihiro Kano from the Kumamoto Sanctuary and Primate Research Institute at Kyoto University in Japan, together with his international team of researchers, devised an ingenious experiment.

The researchers detail their test and the findings they yielded in the journal Proceedings of the National Academy of Sciences of the United States of America.

Showcasing the apes’ theory of mind

To find out specifically whether the apes have a theory of mind, the researchers started by using a standard so-called false-belief test. The name of the test refers to an observed agent’s false belief about something — in this case, about the location of an object.

The apes watched a movie in which an ape-like human hid an object from another human — i.e., the agent. As the apes were watching the film, the researchers tracked and measured the length of the animals’ gaze using an eye-tracking device. 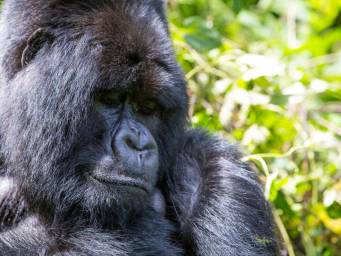 The lead researcher explains, “We initially created a movie based on an established psychological test — especially exciting for apes — and combined this with eye-tracking technology to record gaze patterns indicating anticipation of an agent’s behavior based on an understanding of the agent’s false belief.”

In the movie, an ape-like person hides and changes the location of an object several times behind the agent’s back. The ultimate aim of the experiment was to test whether the apes understood that the agent mistakenly believed the object was in the first location when, in fact, the ape-like human had moved the object to another location.

Based on how long the apes’ gaze rested on the location where the agent mistakenly thought they would find the object, Kano and colleagues inferred that the apes did correctly attribute the right mental state to the agent.

However, the researchers wanted to make their experiment and conclusions as error-proof as possible, and there remained the possibility that the apes deduced where the agent was going to look for the object based on a simple behavior rule — that the first port of call would be the last location they saw.

To account for this possibility, Kano and the team tweaked their experiment.

They started by familiarizing some of the apes with two different sets of barriers: one was a see-through panel, and the other one a very similar looking but perfectly opaque panel. From afar, both screens looked identical.

After the researchers introduced the apes to these panels, they repeated the experiment with the incorporated barrier. “While being eye tracked,” relate the authors, “all apes then watched a video in which an actor saw an object hidden under one of two identical boxes. The actor then scuttled behind the novel barrier, at which point the object was relocated and then removed.”

A video shared by the researchers shows exactly what the apes could see and how both experiments unfolded.

Importantly, the tests revealed that “Only apes who experienced the barrier as opaque visually anticipated that the actor would mistakenly search for the object in its previous location.”

This, conclude the researchers, proves that great apes attribute mental states to an agent based on their own experience, and not on externally observed behavior rules.

“We are excited to find that great apes actually passed this difficult test,” comments Kano.

“The results suggest that we share this [theory of mind] ability with our evolutionary cousins. We plan to continue refining our methods to test further non-mentalistic alternatives to the theory of mind in nonhuman animals.”

Cancel reply
Medical News Today: Lo que debes saber sobre la insuficiencia cardíaca congestiva
Medical News Today: Graphene air filter traps and kills bacteria
To Top
We use cookies to ensure that we give you the best experience on our website. If you continue to use this site we will assume that you are happy with it.Ok