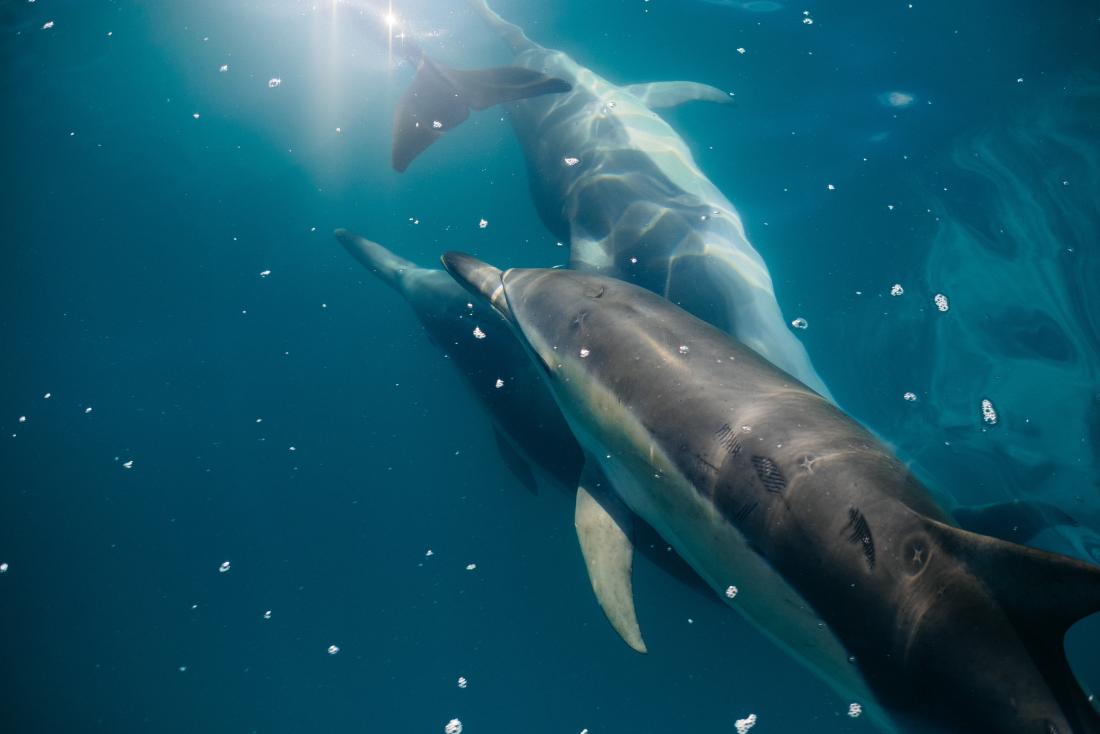 How did the loss of certain genes allow dolphins and other sea mammals to transition from a terrestrial to an aquatic environment?

Although cetaceans, such as dolphins and whales, look like fish and — just like fish — live in aquatic environments, they are, in fact, aquatic mammals.

Therefore, they are, in many ways, closer to land-dwelling vertebrates that give birth to live young and then nurse them.

Researchers now know that cetaceans evolved from land-dwelling ancestors about 52.5 million years ago, transitioning to a life at sea.

For this drastic change, this group of mammals has adapted slowly over time, evolving different biological features that match the requirements of underwater life.

While some — including fins, flippers, and an aquadynamic body shape — are easily noticeable, other adaptations are more subtle but no less important.

Now, a study from two Max Planck Institutes in Dresden, Germany, the University of California in Riverside, and the American Museum of Natural History in New York, NY, shows how cetaceans’ genetic makeup has evolved to allow them to live in the ocean.

In the research paper, which appears in the journal Science Advances, the authors explain that this transition was, in part, possible because specific genes have become inactive in dolphins, whales, and other cetaceans over the millennia.

85 ‘lost genes’ may have facilitated life at sea

Lead author Matthias Huelsmann and colleagues were interested in better understanding how cetaceans’ genomes had adapted to allow them to thrive underwater.

To do so, they “combed” 19,769 genes in 62 different species of mammals — including, as they explain in their study paper, “four cetaceans, two pinnipeds [a clade that includes seals and walruses], a manatee, and 55 terrestrial mammals” — searching for genes that had become inactive after cetaceans evolved from their land-dwelling ancestors.

“To precisely identify genes that were inactivated during the transition from land to water in the cetacean stem lineage, we made use of the recently sequenced genome of the common hippopotamus, a semi-aquatic mammal that […] is the closest living relative to cetaceans, and considered only genes with no detected inactivating mutations in the hippopotamus,” the study authors go on to explain.

Thus, the team managed to identify 85 “lost genes.” While previous research had already identified some of these, 62 (equivalent to 73%) were new discoveries.

One of the inactivated genes, the researchers explain, plays a role in saliva secretion. While saliva helps land-dwelling mammals lubricate and soften food, as well as kick-starting the digestive process through specific enzymes, it became unnecessary for aquatic mammals because water can perform these “jobs” instead.

Two other genes that became “lost” were necessary for blood clot formation. However, their inactivation is likely to have enabled other wound-sealing mechanisms that were more helpful for aquatic life to evolve.

Another key loss was that of certain genes involved in lung function. The new genetic makeup allows cetaceans’ lungs to collapse when they dive deep into the sea. 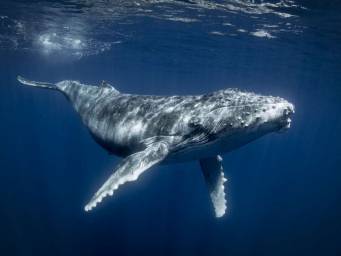 “While lung collapse would represent a severe clinical problem for humans, it serves to reduce both buoyancy and the risk of developing decompression sickness in cetaceans,” Huelsmann and colleagues explain.

Cetaceans, it turns out, also lost all genes that allow mammals to synthesize melatonin, a hormone that helps regulate cycles of sleep and wakefulness.

In these water-dwelling mammals, this loss may have led to the evolution of a different type of sleep called unihemispheric sleep. In this form of sleep, only half of the brain rests while the other half remains alert. This mechanism allows cetaceans to swim to the surface or produce more heat if necessary.

All of these adaptations, the investigators argue, may have helped whales, dolphins, and similar aquatic mammals start living more like fish.

“[O]ur findings suggest that gene losses in cetaceans not only are associated with aquatic specializations but could have been involved in adapting to a fully aquatic environment,” the researchers conclude.

Cancel reply
Medical News Today: Narcissism declines as we grow older
Medical News Today: Male breast cancer: What factors improve outcomes?
To Top
We use cookies to ensure that we give you the best experience on our website. If you continue to use this site we will assume that you are happy with it.Ok