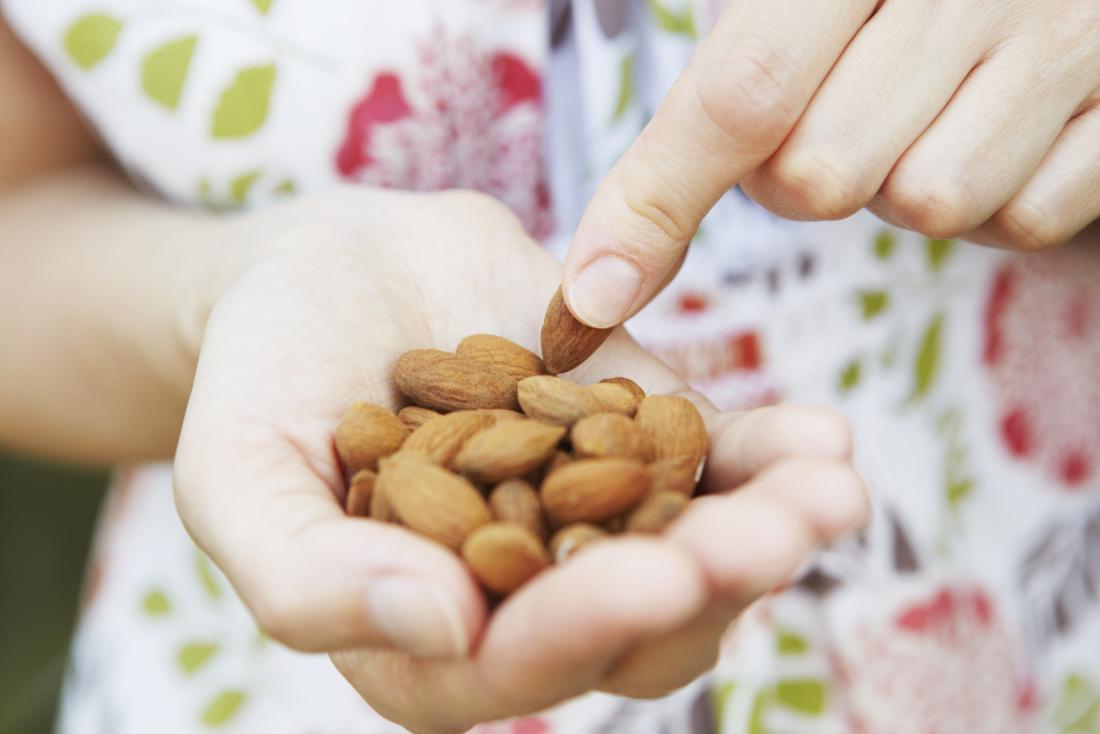 Despite being dense in calories, nuts may help prevent the weight gain that often occurs during adulthood.

Nuts have a wide variety of health benefits, and recent studies have been uncovering more and more of them.

From staving off heart disease to improving men’s sexual function, Medical News Today has reported on many of the studies that have hailed nuts’ protective effects.

For instance, a daily intake of nuts may also reduce the risk of other illnesses, such as diabetes and cancer, and slash the risk of mortality from any cause.

But what is the relationship between daily nut consumption and weight gain? Two studies published last year found that a daily serving of nuts may keep away the extra weight that we tend to put on as adults.

Xiaoran Liu, Ph.D., a research associate in the Department of Nutrition at the Harvard T.H. Chan School of Public Health, in Boston, MA, and colleagues set out to examine the effects of eating more nuts on weight control.

Liu and colleagues analyzed data on weight, diet, and exercise patterns in three groups of people:

The participants were free from any chronic disease at the start of the study. Every 4 years, they answered questions about their weight and nut consumption on a questionnaire.

The questionnaire enquired how often the participants consumed 28-gram servings of nuts.

The researchers also evaluated participants’ exercise patterns through questionnaires every 2 years. The scientists assessed exercise using metabolic equivalent of a task — MET — hours, which indicate how many calories a person has burned per hour of physical activity.

The analysis indicated that increasing daily nut consumption by half a serving was linked with a smaller risk of gaining 2 or more kilograms (kg) of weight over a 4-year period.

Also, the same half-serving increase in walnut intake was linked with a 15% lower obesity risk. 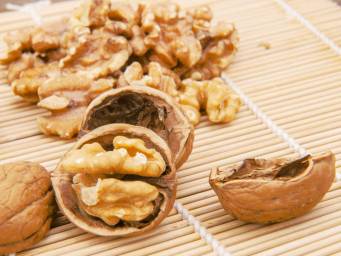 More specifically, replacing an intake of processed meats, refined grains, or desserts with half a serving of nuts was linked with staving off between 0.41 and 0.70 kg in any given 4-year period.

Furthermore, going from not eating nuts at all to consuming at least half a serving a day was linked with preventing 0.74 kg of weight gain and lower overall risks of moderate weight gain and obesity.

Finally, consistently increasing one’s nut intake by half a daily serving was linked with a 23% lower risk of gaining 5 or more kilograms and a lower risk of obesity in the same period of time.

Although the researchers also looked at peanut butter intake, they found no positive effects of this consumption.

Although this is an observational study, and the researchers cannot establish causality, they do point to some potential mechanisms that could explain the results.

One possible explanation could be that chewing nuts takes a lot of effort, making people less likely to eat anything else. Also, nuts are high in fiber, which can increase the feeling of satiety and delay stomach emptying, thus suppressing hunger and making the person feel fuller for longer.

What is more, nut fiber binds better to fats in the gut, which causes more calories to be excreted, explain the authors.

Furthermore, nuts are high in unsaturated fats, which, according to some studies, increase the oxidation of fats and thermogenesis, helping turn calories into energy at a faster rate.

Liu and colleagues write, “Our results indicate that increased consumption of total nuts or any types of nut (including peanuts) is associated with less long term weight gain, despite being calorically dense.”

They go on to conclude:

“Incorporating nuts as part of a healthy dietary pattern by replacing less healthful foods may help mitigate the gradual weight gain common during adulthood and beneficially contribute to the prevention of obesity.”

Cancel reply
Medical News Today: Natural ways to lower ALT levels
Medical News Today: ‘Antibiotic resistance in farm animals is rising fast’
To Top
We use cookies to ensure that we give you the best experience on our website. If you continue to use this site we will assume that you are happy with it.Ok