The process of swallowing food involves a number of involuntary muscle movements. Most of the time, these muscle movements prevent food from becoming stuck in the throat.

First, the tongue pushes food to the back of the throat. This is where the openings of the esophagus (food pipe) and windpipe are located. As a person swallows, a flap of cartilage called the epiglottis closes off the windpipe. This temporarily stops breathing and prevents food from entering the airways.

At the same time, a muscle called the upper esophageal sphincter relaxes, allowing food to move into the esophagus.

Sometimes, however, food get can stuck in the esophagus, creating an uncomfortable sensation in the throat or chest. At other times, the epiglottis does not close sufficiently during swallowing, which allows food to enter the airways. This can result in choking.

Both types of blockage can cause pain and discomfort. However, a blockage in the windpipe can be a medical emergency. Keep reading to learn what to do if food becomes stuck in the throat.

How to tell if it is an emergency 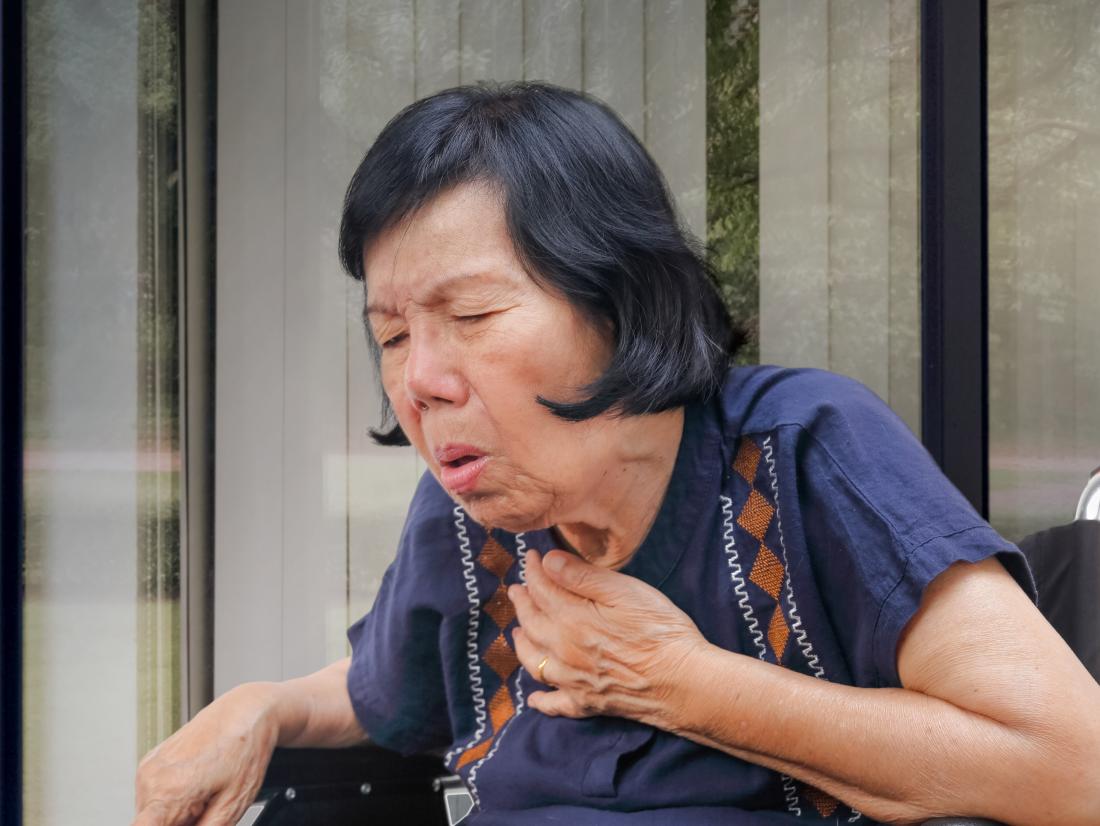 If food gets stuck in the esophagus, it can create an uncomfortable sensation in the throat or chest.

When food enters the windpipe, it can partially or completely block the airways.

Sometimes, persistent or forceful coughing can dislodge the food. At other times, a blockage that occurs in the windpipe or voice box can result in choking.

Choking refers to breathing difficulties resulting from acute obstruction of the airways. A person who is choking is unable to inhale or exhale enough air to cough.

The following symptoms may indicate that a person is choking:

A person who cannot speak, cough, or breathe may require the Heimlich maneuver. This procedure, also known as abdominal thrusts, involves forcefully applying pressure to the abdomen to dislodge a blockage in the windpipe.

The procedure is not suitable for children under 1 year of age or women in the late stages of pregnancy. These people may require different variations of the maneuver.

The American College of Emergency Physicians provide some instructions for performing the Heimlich maneuver. Before performing it on someone who is conscious, a person should confirm that the other person is choking by asking, “Are you choking?”

Only proceed with the maneuver if the person nods yes and cannot seem to speak, cough, or breathe for themselves.

To perform the Heimlich maneuver:

If the person stops breathing and becomes unresponsive, they should receive cardiopulmonary resuscitation (CPR).

A person who is alone while choking may need to perform the Heimlich maneuver on themselves. If a chair is available, they can lean over the back of the chair while performing the maneuver. This should help dislodge blockages from the airways. 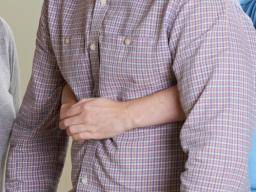 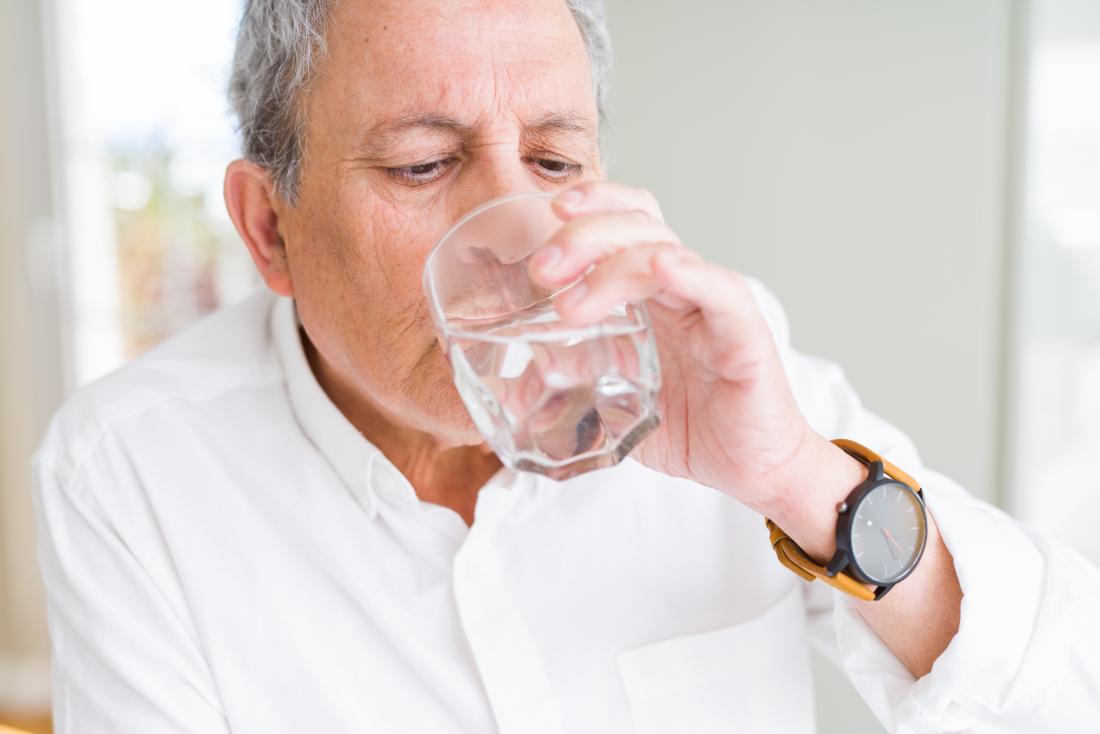 Unless a person is choking, food stuck in the throat is not always a major medical emergency. If the person is not choking, coughing hard may help dislodge food from the throat.

Sometimes, the obstruction occurs in the esophagus. This is called a food bolus impaction (FBI). Although uncomfortable, medical professionals do not consider an esophageal FBI to be as significant a medical emergency as choking.

People who have food stuck in the esophagus can try the following tips to help dislodge it:

Causes and risk factors for choking

Choking can affect people of any age. However, it is more common in children ages 0–3 years and in adults over the age of 60.

Choking is the fourth leading cause of accidental death.

Older people produce less saliva, which makes it difficult for them to move food to the back of their mouth when swallowing.

Certain conditions that are more common in older age can also increase the risk of choking. Examples include dementia and Parkinson’s disease.

Some people experience dysphagia, which is the medical term for swallowing difficulties. Dysphagia can increase a person’s risk of choking.

Dysphagia can also develop after sustaining an injury to the esophagus.

A person should make an appointment with their doctor if they frequently experience one or more of the following:

Doctors who treat swallowing disorders use diagnostic tests to examine the different stages of the swallowing process. These tests may include:

Based on the results of these diagnostic tests, a doctor may recommend certain strategies to improve safety when swallowing. Some examples include: 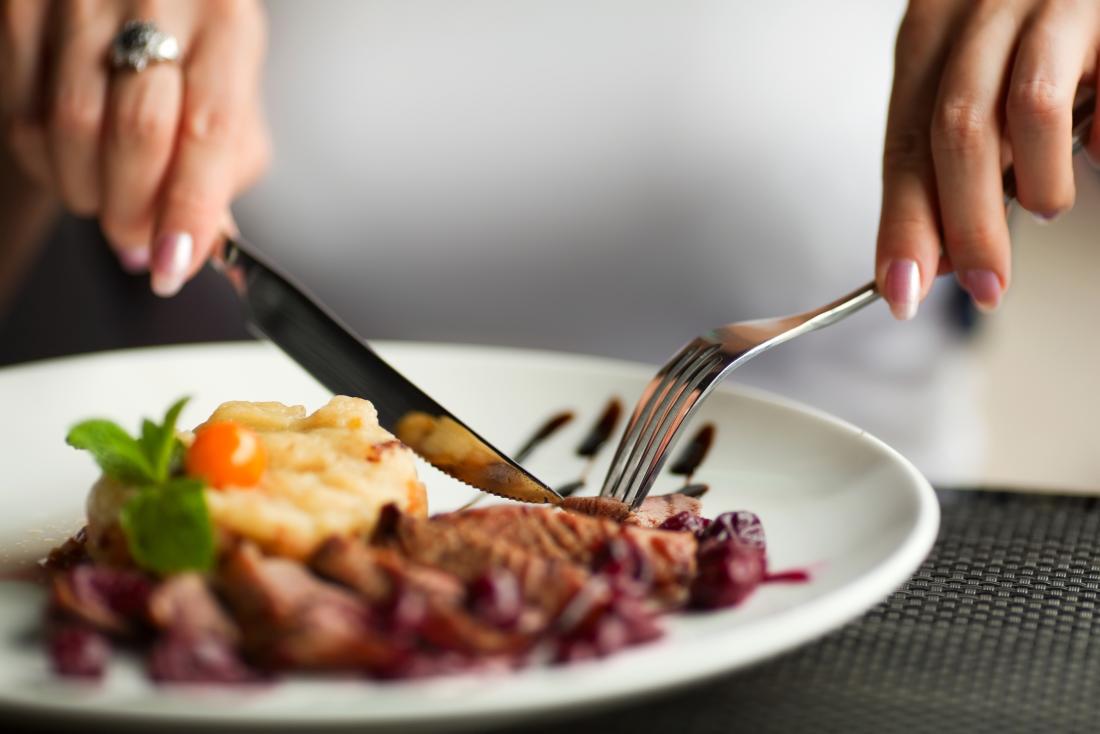 The following tips can help prevent food obstructions from developing in the esophagus and windpipe:

Unlike adults, who mainly choke on food, children can also choke on toys or small objects. The following tips can help prevent choking in children:

Also, people should avoid giving the following foods to children below 3–4 years of age:

However, food blockages in the windpipe can lead to choking. People who are choking require emergency treatment.

The Heimlich maneuver, also known as abdominal thrusts, is a first aid method that people can use to remove blockages from a person’s windpipe. However, it is not suitable for use on children under 1 and heavily pregnant women.

People who frequently have trouble swallowing should see their doctor. They may be able to diagnose the cause of the swallowing difficulties. They may also offer tips and techniques to improve safety when swallowing.