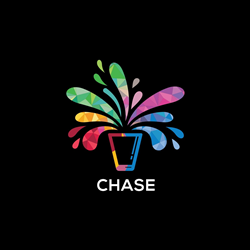 Today, consumers are taking a harder look at what goes into their bodies. What an individual eats and drinks significantly impacts their physical body, emotions and energy levels. The trick is finding food and beverages that are delicious and nutritious to maintain healthy habits in the long run.

That’s why founder Chris Harper created Chase – a delicious, guilt free cocktail mixer that doesn’t compromise on taste. Chase is the health-conscious alternative to sugar-laden cocktails and tasteless vodka-sodas that consumers have been waiting for.

Harper is Chase’s target customer. In his heyday of partying, Harper sipped on vodka-sodas to maintain his svelte physique, wondering why there were no good-tasting drinks that weren’t loaded with sugar or carbs. Those vodka-sodas just weren’t going to cut it for Harper’s no compromise lifestyle: If the gym is not open, he swims 50 laps and does 200 push ups instead. If only fast-food is available at 2am, he orders two chicken filets to hit the day’s protein intake. If there’s a manufacturing error, he calls 37 new co-packers to find one who can perfect the formula. Nothing can stop Harper’s relentless attitude and no-compromise lifestyle, which translates into the formulation of Chase.

Hangovers can ruin a day, and Harper, like many entrepreneurs, definitely doesn’t have time for that.

Most people know sugar is bad for their health. What most people don’t know is that sugar makes a hangover much worse. The liver processes both sugar and alcohol, so adding traditional cocktail mixers, pop or juice to alcohol forces the liver to work double-time. Chase is formulated with the highest quality Stevia which bypasses the liver and thus the hangover problem completely. To go above and beyond, Chase is also loaded with 9 B-vitamins to help combat the residual effect of hangovers. Ensuring that no consumer has to compromise, Chase is also keto-friendly, diabetic-friendly, vegan and gluten free. The Mango-Pineapple and Cola flavors are fan-favorites and make transitioning from juice and pop easier than ever.

Thanks to Harper’s relentless work ethic and no-compromise attitude, Chase is now available online and in 275+ retail locations including health food grocers and all GNC locations across Canada. Future plans include expanding into convenience stores and gas stations across the country, then to all major retailers in North America. Soon Chase will be available to health-conscious consumers everywhere.

Cancel reply
Isagenix Launches Kids’ Smoothie Whose Sales Will Help Feed Children…
LadyBoss, Founded by Millennial Couple, Brandon & Kaelin Poulin,…
To Top
We use cookies to ensure that we give you the best experience on our website. If you continue to use this site we will assume that you are happy with it.Ok